Ah, New Year’s. A time to reflect on the changes of the past year and dream about those to come.

You’re probably musing over the difference that 2015 brought to your love life, your work life, your personality…

but have you stopped to consider the changes that 2015 brought to your insured life? 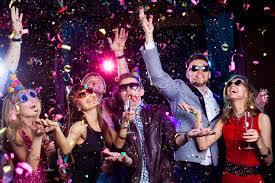 1) Premiums Changed (for some)
You’ve likely heard something about the fact that premiums are generally set to increase in 2016.
The reason behind this, in simple terms, is that the Social Security Administration won’t be making a cost-of-living adjustment (COLA) in 2016; a COLA is the adjustment in Social Security payouts that reflect inflation and overall cost of living. In other words, Social Security will not increase this coming year.

Who does this affect?
If you are a high-income earner within the Marketplace you are likely to be affected by this (e.g.; if you are an individual that makes $85,000 per year). If you are below this income level, you likely won’t see a premium hike because of something called the “hold harmless rule,” which is a provision that prevents your premiums from exceeding your cost-of-living. So around 70% of the population within the Marketplace really won’t suffer too much of a premium hike for this reasoning (maybe for some other reason, but not because of the COLA issue—and this is the reasoning that we’ve been hearing about so much in the media). So, unless you are in the top 30%, you’re likely fine.

2) Changes in the Marketplace’s Website
Basically, Healthcare.gov is just easier to use than when it was first launched. Remember that whole debacle? Most of those issues shouldn’t present themselves anymore. (If you signed up for insurance later than Open Enrollment in 2015, like I did, then you already know how easy it is.)
The website is simple, more intuitive, and just really helpful. As I’ve mentioned in previous posts, I was able to get myself through the enrollment process really quickly last year—and since Open Enrollment is not over, y’all probably already know this!

One nice aspect is that the Marketplace can auto-enroll you. If you’re happy with your coverage, want to keep the same plan, and don’t have any significant changes to report, then the Marketplace just auto-enrolls you in the same plan for the upcoming year.
It’s also increasingly easy to change plans on Healthcare.gov. Again, I’m probably preaching to the choir, but it is important to note this as one of the changes and improvements that 2015 brought to the health insurance game.

3) One Word Almost Jeopardized the ACA
In my car, especially since my iPod broke, I’m generally rocking out to some good ol’ NPR. If that’s your favorite station, you probably remember last June, when all anyone could talk about was the usage of the word “state” in the ACA legislation.
If you’re not a total nerd, I’ll sum it up quickly for you for two reasons: a) I think it’s really important to be familiar with the legislation that affects you, and b) I’m a grammar/semantics nerd, so I thought it was very interesting and eye-opening for people that one word can change everything.
So, basically, the argument was over whether, when using the word “State,” the ACA meant state (as in “the 50 states”) or state (as in “the head of state”). Since the word can mean both things without any distinction (it doesn’t need to be capitalized to refer to federal government) there was an argument about whether individual states were in charge of things like Medicaid expansion, or if the federal government (state) was in charge.
I won’t get too into this, but here are some great articles that I found on this issue:

So, to wrap up this year in health insurance and healthcare reform discussion…
I just want to emphasize that it’s important to take an active role in understanding and deciding the status of the legislation, court rulings, and reform that affects your daily life. (I think it’s important to understand it even if it doesn’t affect you directly, but that simply take a lot of time.) The great thing is that there are so many resources (like this blog and CRC Capital Group, Inc.’s insurance professionals) that it’s easy and fun to educate yourself.

This site uses Akismet to reduce spam. Learn how your comment data is processed.

Let's get in touch!

Comparing Health Plans: What to look for? Where to start?Health Insurance, Millennials